It’s been quite a while since I’ve posted- school has definitely been keeping me busy, along with quite a few Aggie football games, trips, and special visitors! I just finished my second round of tests and now have a break for a couple of weeks, so maybe I will have a bit more time on my hands to blog!

A few weeks ago, I ordered a monogrammed cap from Mandy’s Monograms on Etsy. I have been wanting a monogrammed camouflaged hat for months, and I finally found one that I loved! It was about $21 with shipping, so it was a great deal! The camo print isn’t just right, not too country, not too cartoon-looking, and I loved the hot pink thread option. (You can get basically any color, but the pink was my fave!). I ordered the hat with the block monogram rather than script, but I was sent the script. I was a little upset at first, so I contacted Mandy, and she was more than willing to send me a new one. However, I decided that I liked the script better, since it made the hat look more feminine. 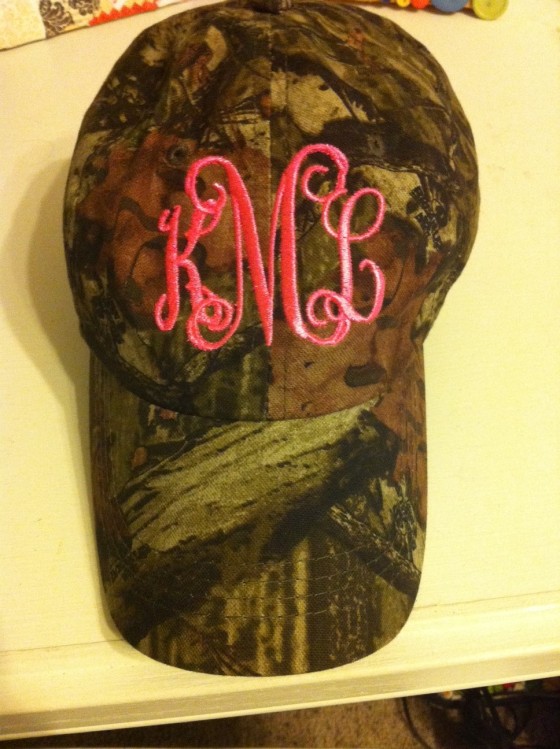 This is a great hat to throw on when you’re running late and haven’t had time to fix your hair before class! Also, if the opportunity ever prevents itself to go hunting or participate in some other outdoor activity, this would be the perfect accessory! I’m very pleased with my purchase, and if you’re looking for a monogrammed hat, I would suggest Mandy’s Monograms!